Top 10 Signs of a Drama Queen in a Relationship

The expression "drama queen" has become very popular in recent years. It is used about a person who wants to attract attention, often makes scandals, quarrels, provokes others and, sometimes, crosses the line of normal behavior. "Drama queen" can make a huge fuss out of nothing or a big dispute out of a small problem, reacting too sharply and painfully to what is happening.

The term initially appeared in the 70s of the twentieth century when multi-part soap opera movies were very popular. Their stars often cried on screen, got engaged in tantrums, and, in general, were overly dramatizing in the most ordinary situations. It is interesting that the expression "drama queen" can be even used about little girls because the character is already formed by the age of 3. So what is it like to be dating a drama queen and can you recognize her already on the first date? 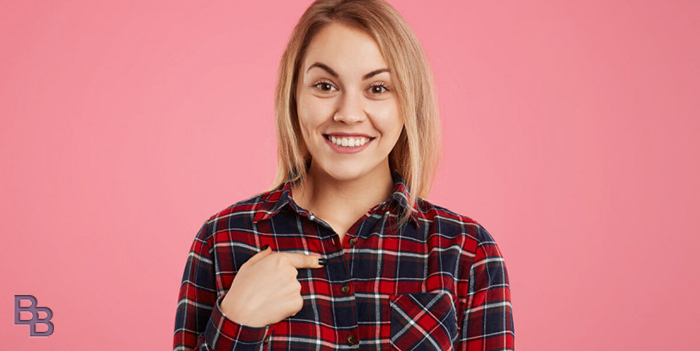 What is a drama queen? It is the name for people who react swiftly and acutely to events and situations, who tend to exaggerate their importance or to embody scandals. According to psychologists, the reason for this behavior is the desire to attract attention and the inability to otherwise express their feelings and needs. A dramatic girlfriend doesn’t know other ways to provoke a partner for a discussion, speak up her mind or convince them of her point of view. She will scream, give an ultimatum and go from one extremity to another because those are her methods to suggest even the regular things.

The habit of constantly dramatizing and reacting violently to something, which is one of the drama queen signs, may indicate a hysteroid, or demonstrative type of character. If a girl begins to inflate any situation, arrange quarrels, exaggerate the importance of events, most likely, she wants to get attention. In a moment of drama, a person ignites everyone around with emotions and thus attracts attention. If a woman's reaction looks dramatic and intense, it does not mean that the events were particularly painful or bad, she simply cannot react otherwise.

However, the drama queen definition itself contains the devaluation and condemnation of people for manifesting themselves in this way. Of course, it is very difficult to deal with such people, even in online dating, but it must be remembered that they do not choose to dramatize, but they simply do not know how to do it differently. It's like a stimulus reaction. The girl has learned to speak just the way that was working for her, so she continues to act that way.

Of course, without drama people, the world would be much more boring because they provide others with a continuous stream of fresh impressions and bright emotions. But at the same time, people with a pronounced histrionic disorder are not very capable of systematic and purposeful activities, they do not like to work, are restless, their knowledge is shallow (although sometimes for the sake of a beautiful image they can splurge here and there, dropping relevant cues about art and philosophy, and if you dig deeper, it turns out that they are poorly versed in the topic), their desires and goals are changeable. Ideally, they would like to lead a “relaxed” lifestyle, have prestigious acquaintances, show off and have fun. But how to recognize a drama queen personality in a relationship? 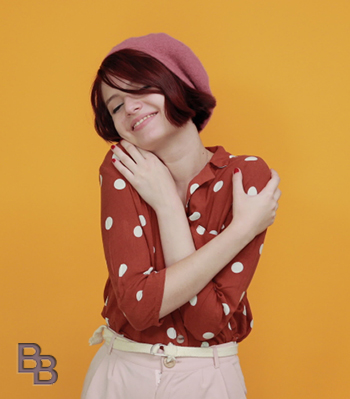 How to Deal With a Drama Queen Girlfriend

When a woman is used to extreme behavior, and she dramatizes everything, she as if invites you to the world of her emotions. The rules of communication work the way we cannot resist the aggression and remain indifferent because this is a healthy reaction. If a person constantly behaves like a drama queen, and small situations (the mug that you put on a wrong shelf, the doors that you did not close or being five minutes late) become triggers of violent reactions. And if you want to date such a girl, you need to learn how to handle a drama queen.

Everyone can be a drama queen when experiencing exhaustion, for example. But if someone in your immediate environment is systematically behaving like that, and your choice is to stay with that person, you will have to somehow modernize your space, take care of your borders and your psychological safety.

Do not lower your psychological level. When we join a strong emotional state, we begin to become devastated - so we become lower. At this point, we do not give resistance because we need it ourselves. Instead, if we rise and begin to devalue a girl's feelings or ignore them, she will feel abandoned. It is necessary to stay emotionally balanced not transferring to another level of behavior and to try to approach the person, to show that we see and hear them, we are close, but at the same time, we are stable and not amenable to their emotionality. It's like being a rock that cuts the waves of drama ocean into millions of splashes. 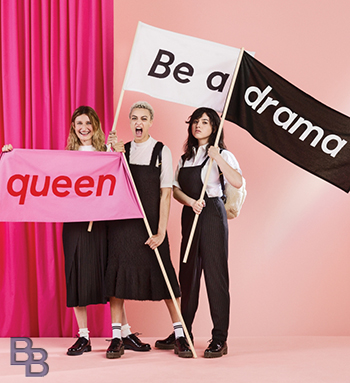 Show your private space. Being close to a person who is intensely sensitive and responsive to the world is very difficult. It is a heavy load that does not allow you to be completely relaxed. If you make this choice, it makes sense to learn how to deal with a drama queen girlfriend, to be persistent and to hear a girl's language, through drama and hysteria, to understand what she wants. It is important to be aware of the risks of such communication: you are constantly "containing" emotions and allegedly in harmful production. It is necessary to take care of yourself, marking the boundaries, and taking into account your loved one who lives on this "harmful production."

Deal with the problem globally. During the argument, a drama has almost nothing to do with it. It is an uncontrolled explosion that is very difficult for her. People do not fully understand the cause and effect of their reactions, they explain it by unclear and obvious reasons. The drama is provoked not by a specific situation, but by something behind it. Do not try to calm and extinguish in such situations because, most probably, you will meet rejection. On the contrary, you need to be supportive and loving. It is difficult, we know, so psychotherapy and professional help will be helpful. Because it is not always possible to realize how to deal with a drama queen on your own.

Listen but do not make it onto your account. Let your drama queen throw a tantrum. And you shouldn't enter into a constructive dialogue. You just won’t win so it is useless. Any phrase will be used against you and elevated to 800 degrees. How to respond? There must be one your phrase for every 10 of hers. And they should sound like this, "but I love you anyway." "I love you." "I love you even when you get angry." "No, it is not, I love you." "Yes, you're right, I love you for that." "You can hate me but I love you anyway." "I know that I was wrong, I'm an asshole, well, I'm sorry, but I love you." It doesn't matter what she says or whether she is even right. No need to listen, ponder, analyze, discuss, appeal to reason, give arguments, express an opinion. Do not. Listing the above phrases will calm the drama queen down, and she will agree with you.

The breathing technique. Recommend your partner try this relaxation method because it helps calm the nervous system to regain control of emotions. When the drama queen is not able to control the situation (for example, when she experiences a strong resentment and feels deeply unhappy), then the only way to get out of this state is to switch the focus of attention from emotions to feelings in the body. She should be advised to sit comfortably and try to concentrate on her breathing for several minutes - take a deep breath, feel the cold air enter the nostrils, exhale and feel the warm air going out.

Can You Change a Drama Queen?

Such a person is always at war and divides the world into black and white, enemies and allies. Adults differ from children in that they can combine conflicting feelings and thoughts and accept that the world is not divided into black and white. But it can be difficult for drama queens to realize that their thinking may be wrong, and it can also cause a sharp reaction. For example, if the close friends and relatives of a drama queen do not act "as they should," based on her ideas and according to her expectations, they fall on the side of the enemy. It causes her a strong desire to convince them and prove them wrong. You should realize that the problem of such behavior is very deep and deal with the root of it at first. This can be done with a psychotherapist.

As in the case of other disorders, getting rid of such destructive behavior depends on the abilities of each individual and the severity of this state. After all, between the norm and serious disease, there is a whole range of intermediate options. If a person with a hysterical disposition of personality that causes them to act like a drama queen is talented and able to work on herself, and her specificity does not go to extremes (remains at the level of accentuation, that is, character traits within the clinical norm), her “distortions” are compensated, and her creative spirit allows her to achieve social success, especially in art, media and show business. You can build happy family relationships with them if you are patient and ready to help your dramatic half perceive reality more calmly and perform less impulsive actions. In more severe cases, the help of a therapist is needed.

Such a “bias” in personality arises if, at an early age, a woman did not feel that she was noticed and accepted. Parents were busy with hard work and paid attention to the child only when she was sick with something. She felt lonely and that her true desires were not heeded. Therefore, such people can sometimes report poor health just to attract attention (but do not think that they are pretenders, this is an unconscious manipulation).

Even if an adult drama queen manages to attract a lot of attention and positive assessments, she remains “hungry” because she knows that it is not her true self that receives attention, but the stage image. And when the experience of unsatisfactory emotional contacts accumulates, she begins to accuse loved ones of disrespect and constantly demands evidence of love from them. Psychotherapists teach these patients to gradually become aware of their real feelings and needs and speak directly about them, rather than throw tantrum for minor reasons. They should speak their mind, and not fall into silent insult on the principle of “guess yourself what’s wrong,” but form greater independence from other people's attention and ratings.