Women with Mommy Issues: How to Recognize and Deal with

Adults say that she is a good girl, contemporaries consider her a bore, but she doesn’t care because the most important opinion for her is the opinion of her mother. Sometimes moms just don’t know what they’re doing. They love and guard their daughters so much that they don’t even let them take a step without control. At the same time, they are absolutely sure that they know much better than their “children” with whom they are friends, where to study, whom to love, and with whom to be friends. So, how to know if a girl has mommy issues symptoms? 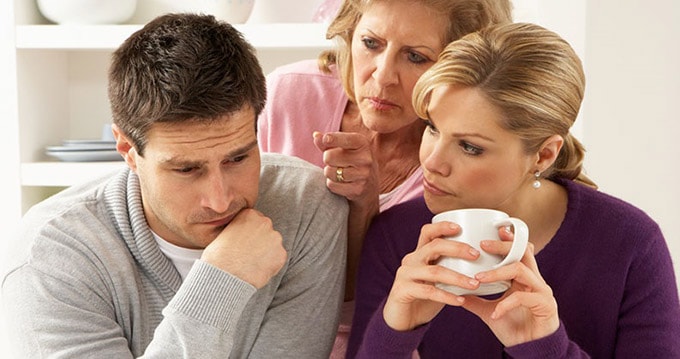 What are mommy issues?

Imagine that a young man married a beautiful girl. Their union was cemented by pure love, and happy newlyweds set out for a honeymoon for 2 weeks. But, they returned from the trip and severe family everyday life began. Literally from the very first day, a girl’s mother began to intervene in the personal life of a young couple. She visited her daughter and called her several times a day. It may seem that there is nothing terrible about this. But a mother constantly harassed her daughter with advice.

She recommended how to behave with her husband, how to do housework, how to spend her leisure time. This is how mommy issues psychology looks like. What kind of man would like such custody of his wife? The case in this situation is aggravated by the fact that a married daughter can’t do anything without mama’s approval and consent. A husband offers to go abroad – she immediately calls her mom and asks for advice. And a mother thinks that it’s too late to go somewhere at this time of year. This decision, as the only correct one, is immediately said to a husband. The same is observed in other family issues.

However, not everything is as bad as it may seem at first glance. Complete dependence on a mother has certain pluses. Specialists believe that girls with mommy issues have a powerful intuition and are extremely feminine. Such a girl is artistic, delicate, and very impressionable. But this is observed only when a mother herself is endowed with the appropriate features. Also, such girls have the ability to dress well and cook well. In a word, if a mother is “good”, then her daughter meets the best standards. She can be an ideal wife. However, at the same time, a girl is very attached to her mother and considers her opinion the main one. Also, it should immediately be noted that obsessive maternal care makes a girl passive and insecure. It is characterized by emotional instability, increased vulnerability, and irritability. Such a girl rarely achieves her goals and is not able to tolerate failures persistently.

A normal family life is possible in newlyweds only if the mother’s behavior is quite adequate. A woman shows delicacy and doesn’t get into the life of her daughter and her husband. A girl needs to get rid of her mother’s excessive care. And this means, first of all, getting rid of emotional dependence. Only then it makes sense to talk about harmony in marriage. And it is fundamental in family life.

A mother loves her children for no reason, a father – for deeds. Fatherly love is demanding and “not given” to a child at birth. It must be earned with real virtues and confirmed with concrete achievements. It stimulates a child for action, for success, for moving forward, teaches him/her to affect people, obey, and live in society. Mother’s love relaxes, soothes, envelops and lulls, but it doesn’t push for anything.

Women with mommy issues signs are often feminine, endowed with powerful intuition, artistic, delicate, and very impressionable. As a rule, such a girl knows how to cook well and dresses with taste. A girl may become a good wife and a skillful mistress with time. But at the same time, a girl feels that she and her mother are one inseparable whole. 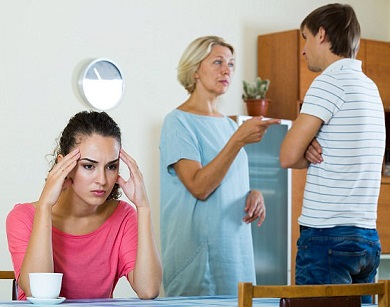 Typical female features are magnified many times by mother’s efforts. Life settings of a mother are automatically transferred to her daughter. So, such a girl often feels unhappy. She is not self-confident, passive, vulnerable, irritable, and has emotional instability, often deviates from the intended goal, she doubts her feminine value. A loving mother binds her daughter to herself forever. She prevents her to marry or she chooses a husband for her and then lives with a newly married couple. By the way, the same happens to guys with mommy issues.

From her earliest childhood, a father educates his daughter as a boy. Maybe such traits as purposefulness, perseverance, ability to take responsibility for oneself, a propensity for analysis are very useful in life. Thus, a girl turns into a harmonious and destiny-resistant person. She knows what her dad likes. And if dad is a real man, then she has no doubts about her female attractiveness for all other male representatives. Such girls understand men perfectly and get on well with them, which help them in marriage and career. However, there are some problems as well. A dad often prevents his daughter from getting married and creating her own family. Such despotic and painful attachment of a father to a daughter is typical for single fathers and for families in which there is no love and mutual respect between spouses. Often girls with daddy issues take typically masculine shortcomings of their fathers: self-confidence, arrogance, brusqueness, sexual discrimination, and indifference.

Girls with mommy issues are seen from far. However, here are the mommy issues signs in females if you don’t know how to recognize them:

Such a girl responds to all adventurous offers like this: “We must ask my mother”. By nature, such a girl is spineless. She can’t make decisions on her own and is afraid of any responsibility. Such a “plant life” can be led all life if, of course, there is someone to rely on and a girl can be a “child” for her husband as she was for her mother.

Such a girl, as a rule, communicates with adults – friends of parents, relatives, and not with peers. Very often among women with mommy issues, there are talented girls with a rich inner world, but they are so “protected” by mothers from all problems and worries that they can’t succeed in life.

Specialists say that these girls, as a rule, are more feminine and endowed with powerful intuition. These girls are usually artistic, delicate and very impressionable. But this is only if a mother is a good woman. Otherwise, all the shortcomings of a mother can automatically go to her daughter. Especially if they are very close to each other.

They often feel very unhappy. This is one of the most obvious signs of mommy issues. Girls are not self-confident, passive, differ emotional instability, vulnerable and irritable, often deviate from the intended goal, and doubt their feminine values.

A mother, unwittingly, binds her daughter to herself forever. Excessive maternal love shortcomings, first of all, prevent a daughter from living. After all, if a mother is in a bad mood, then her mother will sacrifice even a romantic evening with her husband just to calm a mother and raise her mood.

They listen to their mothers in everything. If a daughter is very attached to her mother and listens to her in everything, then this can turn into big problems for her personal life – up to the divorce.

She wants to break up because her mother doesn’t like you. It is very easy to recognize mommy issues in females. If a mother doesn’t like a boyfriend of her daughter and she has a tense relationship with him, a real problem may appear in a family. A mother will say to her daughter that she has a bad husband and her daughter will start to rush between two fires. And she may choose her mother, not a husband. After all, it is very difficult to get rid of emotional dependence. 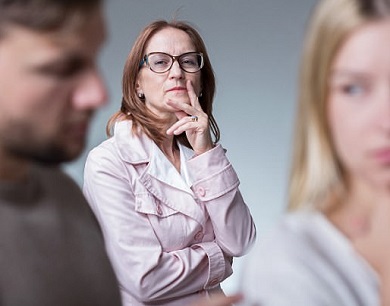 How to deal with women with mommy issues

Below we will tell you several small tricks that will allow you to reduce the intensity of passions in a relationship. So, how to deal with mommy issues:

Love her mother. Love her mother because she gave birth to such a wonderful girl. You yourself chose her and still love her for some reason. Praise her and make it clear to your girlfriend’s mother that her opinion is very important to you. Don’t resist their meetings because this will only spoil relations with your girl.

Be smarter. At first glance, the first advice may seem almost impossible. But if her mother advises you something, just listen to her and even better – do as she wants and be kind at the same time. Try doing so. Be trickier.

Let your girl feel independent. For example, divide household chores – one of you is responsible for buying food, the other for cooking or paying for utilities. Don’t drag everything on yourself.

Praise her more. This is very important because even a small praise is nice for any girl. Gradually, she will get used to the fact that something can depend on her as well. Perhaps, she will like this new status.

Resign yourself to your position. How to deal with mommy issues? Psychologists advise – let it go. It is a useless and hopeless occupation to fight with her mother. The main thing that you have to understand is that the head of the family is you. If you are ready for this, then it makes sense to continue to live in a marriage. The most important thing that psychologists recommend is not to argue with her mother. By enlisting her love and support, it will be much easier for you to build a relationship with your woman and the question of whether you should live together will fall off by itself.

Give vent to emotions. It’s not always possible to keep everything to yourself – thus you will only do harm to your health. Don’t you like something? Get angry! A woman should know that you are extremely unhappy with her actions. But again, in a dispute with her, be careful not to criticize her mother, just talk about your feelings.

No manipulation. Such girls often just give their points of view for their opinion. If you feel that she really can’t think so, then don’t be silent about it!