How To Kiss a Ukrainian Girl

While western men constantly complain about their ultra-feminized women, they tend to forget that they are spoiled by them. Because women in western countries allow themselves much more than their eastern counterparts, it is much easier to approach them.

Western women are open in expressing themselves, their romantic and sexual feelings. But that often scares men. That's one of the main reasons why western men often search for women from Eastern Europe. Slavic women attract men from the western world mainly because those believe that they are more into family values, housekeeping, and traditional female roles.

But when western men approach foreign women, they act with them in the way that is much more suitable for western women. This is the article on how to kiss a Ukrainian girl. It will help you not to start your first meeting with a Ukrainian girlfriend in real life with a French kiss, which can easily scare her off. 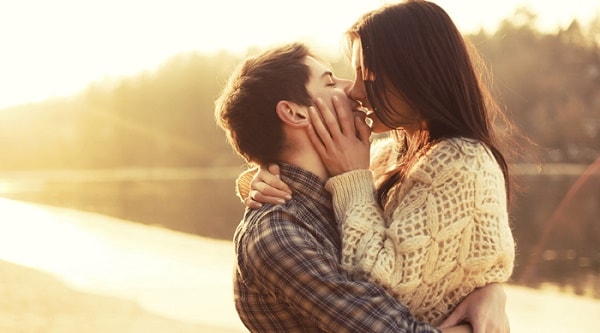 If you're thinking about Ukrainian women dating, you need to learn “how to kiss” them. Despite keeping traditional values and other stuff, Ukrainian girls are quite modern. Still, when it comes to dating, Ukrainian women like to follow certain customs.

Ukrainian women are not in a hurry to marry a foreigner and to leave their homeland, so you should be careful and delicate when you date a Ukrainian girl.

When your relationships are at the early stage, Ukrainian girls prefer light kisses. So use nothing more than your lips when kissing a Ukrainian woman. Those first light kisses go lips to lips. Never kiss a Ukrainian woman on a forehead because as an even number of flowers this is a funeral tradition. You should definitely avoid that kind of kiss if you're dating a Ukrainian girl who is superstitious, as she would view that as an omen that your relationships won't lead to anything good.

The passionate French kiss may occur when you’ve been dating for a while. Avoid using your tongue kissing a Ukrainian girl on the first date, unless you understand that that's exactly what she wants.

It is better to retreat after the first kiss and look at your girlfriend. The expression on her face can show whether she liked it or not. If there is a smile on her face it means that the chances for the second kiss are high. If she uses body language to show you that the kiss is enjoyable, the chances for the follow-up kiss are extremely high. Well, in that case better pull her closer and give her some light kisses on the neck.

When you date a Ukrainian woman, it often feels that all your online conversations were useless when you meet in real life. You're stunned by her beauty and it is extremely hard to control yourself, though you should.

The best way is to make her an initiator of the first kiss. The best way is to show her that your first date is not for any kind of the physical contact. Make her believe that your only intent is to get to know her better through the conversation. So, keep the dialogue going and going. But, it must be a dialogue. Don't allow yourself and her to run off the topics. Sooner or later, if she really likes you, she'll get the desire to shut you up with a kiss. But, show her that you're using mint before kissing. Ukrainian women can't stand the smell of food or tobacco from man's mouth.