The Phenomenon of Female Led Relationships

Why There Is a Division into Male and Female Led Relationships?

The thing that we’ve all got used to, the type of a relationship that is prevalent in the modern society (that is the western society), is a male led relationship, in which a man leads a family and makes all of the important decisions. But, the society has been evolving quite rapidly, and cultural and religious factors affect our behavior less with each passing year, thus, we have less prejudice against new ideas and ways in which we organize interpersonal relationships.

So the division, as of now, exists solely for the reason that such a relationship format is not common, and, I suppose, in the future, the lines will continue to blur, and the idea of a division between types of relationship will fade away.

And now, let’s talk about the features of a female led relationship.

1. Being honest with each other

Honesty is very important in any relationship, whether it is a female-led one or not, you must be sincere, talk about your worries, emotions, pains, struggles, and etc. Why do you do that? Well, we must emphasize this issue quite a lot since many people believe that staying silent and ignoring problems is a great tactic. Well, not a great tactic, but rather just a way to deal with any given issue. A person thinks that an issue will solve itself just like that, with time. “I feel unhappy in my relationship, my partner doesn’t respect me,” says a person, and what do they end up doing? Ignoring the issue, keeping faith that things will be alright, and their partner will come to respect them, which is unlikely to happen if their partner doesn’t know about this issue, about the dissatisfaction of their “beloved one.”

But, after everything is said and done, such a type of a relationship is not suited for everyone, and if you are unhappy with your relationship, then you must remember that you can meet single ladies online and establish a new relationship from the comfort of your home.

2. Set roles in a relationship

Setting roles in a relationship is important if you plan to have a female in the leading role. Because, as it stands, the institution of family and society as a whole motivates men to be in charge of things. Thus, if you let things go, without thinking about your relationships, without asserting roles and defining rules, a man, will, eventually, take the leading role in a relationship, at least to some extent. And that’s not to say that it is bad and should be avoided, but, if you want to have a proper female led relationship, then you should work on it and maintain. 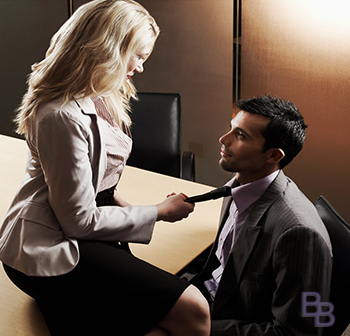 3. Love is the priority in any relationship

4. Watch out for abuse of power in your female-led relationship

Let’s be honest, not everyone enters such a relationship because of a rational desire. A man may be in search of a mother because he lacked motherly love in his childhood and youth, a woman may be angry at men for some reason, let’s say, a very unsuccessful relationship with a man, that led her to think that they cannot be entrusted with a relationship, so it’s now very important for her to be in charge of her own life. Thus, any of these “odd/broken ways” can lead to a power struggle in a relationship. A man may be too weak to carry himself properly in such a relationship, a woman may be a control-freak and thus, forget about the happiness of her man, forcing her own idea of happiness on him. And this should be avoided at all costs.

Pros and Cons of Female Led Relationships According to Men

And now let’s look at the pros and cons of a female led relationship.

There’s no struggle of power in a relationship

In a female led relationships, the rules and roles are clearer, and thus, there are fewer disagreements in a romantic union.

There’s less pressure on a man

Some men may prefer this type of a relationship just because there’s less pressure on them, they have more time to focus on themselves, on their own goals, desires, and ideas.

A couple has better sex

Lots of men don’t really pay attention to their women in bed, yeah, exactly, the pleasure that a woman receives from sex seems like a secondary thing to them.

It is easier to communicate in such a relationship

A man that is looking for such a relationship may be doing so because of lack of maternal attention in his childhood and youth, he has “mommy issues” and thus, he is looking for just that in his adult relationship. But, as a woman, do you really need a week man that has these issues and wants a mother rather than a healthy romantic relationship? Well, if you truly love a person, and you want to make them happy, then this will take some effort on your part and on their part as well, as they will have to attend therapy and learn to live in a way as not to depend on his woman for everything. A female led relationship doesn’t mean that a man should have no will of his own, not be able to exist without the help of his woman, and, overall, be helpless when alone. 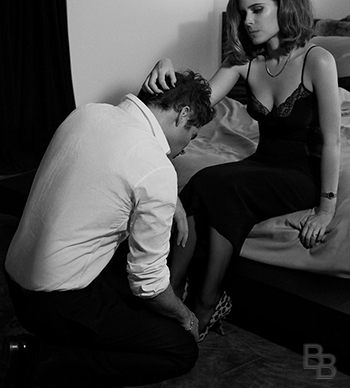 Men are told to be dominant; they are told that they will grow up to be at the head of their families, thus, they should develop leadership skills, learn to manage pressure, and make important decisions. They are brought up to be this way, and exceptions are quite rare, thus, a man may end up feeling uncomfortable as he doesn’t know what it is like not to be dominant in a relationship, what it’s like to take on the roles of a support player, rather than a leader. This doesn’t influence all the men out there, some will find it easy to adapt to new relationships and new rules, others may find it at least somewhat difficult, but will eventually grow fond of such a format of a relationship. And others, unfortunately, will either struggle for a long time or run from such a relationship.

Like we’ve just said, a man is grown to be just that, a man, a leader, a strong personality that will have to be in charge of his future family. Thus, he is motivated by his family and society as a whole to develop a certain set of skills that will be best suited for this. But, a female led relationship is not the environment in which such qualities will be of much use, a man must be rather flexible to adapt, to listen, and, occasionally, to serve.

Female Led Relationship Advice to Get the Best of Them

Respect is one of the most important things in a relationship, maybe even the most important one, depending on how you put it, and what you define to be respected. Respect is so important because you pay attention to the desires and goals of your partner, you respect them as a human being with their own emotions, desires, goals, and flaws.

3. Don’t turn it into a power trip or a one-sided relationship.

As we’ve said, some people may come to this relationship from a point of being broken in one way or another. We’ll not get into the details and what we imply by the words “power trip,” but you probably get the idea, it is when things get weird, it is when a woman doesn’t respect the feelings or desires of her man, she doesn’t allow him to be on the same level as she is, and he is not as important as she is, and maybe even, treated as less than a human. If that is the case, if you, as a woman, want your relationship to be just that, then you need a psychiatrist and not a romantic relationship.

4. Talk to each other

Talking to each other is very important in any relationship, whether it is a female led relationship or not, you must talk to your partner, express your feelings, desires, goals, and make it clear, what you feel, what you want, and what you expect. If not, you will eventually blow up with all the frustration and anger that you’ve been hiding for all of this time. A relationship should bring happiness to both partners.

And this is what you should know about a female led relationship, these are the things you should remember. We would like to remind you of the importance of respect and honesty in a relationship because, without it, it won’t be a relationship that is worth the time or effort.