How to Tell Someone They Talk Too Much on a Date

On the one hand, talkative people revive communication and easily win the favor of people, on the other hand, talkers are often annoying. If you ask why some personalities talk so much and whether you can do anything about it, many people admit that sometimes they are very talkative, suffer from this, and would be happy to learn to “slow down.” Absolutely everyone can turn out to be a “terrible talker” one day (especially if you tried online dating, didn’t communicate in real life, and then met). Therefore, it is not the best idea to teach and change all the talkers at once. But if you stop being angry and take control of the dialogs with a talkative person into your own hands, life can become more comfortable.

Why Talking Too Much Is Bad for a Date

Talkativeness and talking about yourself too much sometimes end with excess information. No one will be interested in how your exes left their crashes or how long it takes to make a pie. Of course, talkativeness is a sign of an outgoing person, but such people are often perceived as arrogant and annoying. They just need to find ears, and they talk, talk, and talk... Chatty people can’t listen to the interlocutor, they don’t know how to keep secrets. This reduces the number of people who want to communicate and work with them.

The verbosity is inherent in most people, both young and adults, men and women. You just need to understand the difference between empty chatter and interesting conversation. In conversation, people act both with their tongue and their head, and they easily come up with topics for a first date. When they talk too much, they use only their tongue.

Meanwhile, silence is much more useful than chatting incessantly. If your mouth doesn’t close during communication with a person, you risk not only becoming famous as a talker but also ruining your relationship. Discussing the details of your illness, the financial condition of the family, the poor behavior of your friends, and talking about exes too much, you are depriving yourself of building a relationship.

And by the way, as a rule, silent people are perceived by others as intelligent, polite, and gallant personalities. But they don’t do anything to create such an impression about themselves – they just listen carefully, approve words of the interlocutor with a nod of their heads, and don’t interfere with their advice and don’t try to prove their opinion.

So, why do people talk too much?

Main Reasons Why Your Date Is Talking Too Much

Here are the main reasons why a person can be overly talkative.

There are many talkers among choleric and melancholic people. They react sharply to life having such a temperament, and they need to take a lot of effort to control the extra-volume of experiences. At the same time, they have a weak type of nervous system – they can’t cope with it, splashing out everything that spins in the head into the air. In the process of growing up, people train to control emotions, learn to more clearly distinguish thoughts from the flow of feelings. But, of course, not everyone achieves equal success in taming themselves.

There is a less pleasant type of talkers who don’t see point-blank that their constant talk of everything happening around annoy others. Selfish talkers are called ill-mannered, and there is a truth to this. When a child is deprived of attention, he or she talks a lot when growing up. For people who talked a lot with themselves in childhood, the sound of their own voice helps quench anxiety and the tension in adulthood. The result is that others have to suffer from their background chatter. 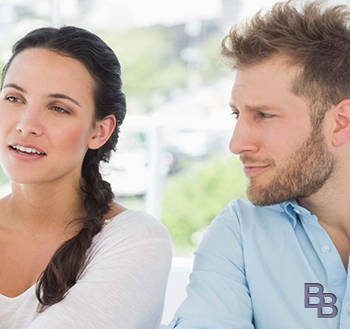 People who talk too much about themselves have not set a clear limit between themselves and their environment. Their narcissistic personality prevents them from realizing that they are not the center of the universe. That is why they think it is normal that every conversation should revolve around them. In fact, they don’t even understand that their monotonous muttering may bore others. And if you tell them about it, they will believe that the problem lies in another person, and not in themselves.

Sometimes we talk when we are nervous or feel in a dangerous position. It seems to us that we are obliged to fill the silence with dialogue. Some people always talk about themselves to transfer their sufferings to others. They don’t ask for help and don’t accept advice. They suggest that you just have to be considerate of them. Others do the opposite: they retell the chain of stories to prove to the interlocutor how wonderful they are. They talk about thousands of daily activities, always expecting a listener to give cheers like, “What a good person you are!”

These people are absorbed in themselves and don’t understand at all what impression they make on others. They have a way of asking questions and then answering them themselves before anyone else does. They simply can’t be forced to be silent because then they begin to feel discomfort and panic. They seem to have a perpetual motion machine inside that can’t be turned off.

How to Tell Someone They Talk Too Much on a Date

So, how to deal with people who talk too much? Here are some simple tips you might find useful in this case.

How to Understand You’re Talking Too Much

The habit to talk too much seems harmless. And yet, the tendency to talk nonstop, neither listening to others nor allowing them to say a word, can have a harmful effect on relationships. We suggest checking if you should better monitor how the conversation is built.

1. You express your opinion, even if you were not asked

The first sign that clearly indicates you should listen more and speak less is if you notice that you are ready and try to participate in any conversation, even if you have nothing to do with it. To express one’s opinion, to speak about one’s experience in a similar situation, to give comments normally the interlocutor should want this and be interested in it.

2. You tell the same stories over and over again

We all have favorite situations in life that are good to remember on a date. But if your interlocutor started complaining that he or she has already heard about it, you must have talked so much that you didn’t have time to notice that you have run out of stories. It is unlikely that all your stories are so interesting that it is worth telling them so often. It is much more interesting to discuss something new.

3. The interlocutors don’t listen to you

There are several signs by which you can understand that your interlocutor is tired of the conversation, for example, if he/she answers monosyllabic, is constantly distracted, and asks what you just said, looks at his/her watch, looks bored or annoyed, doesn’t look into your eyes, stands with his/her arms crossed, constantly checking the phone. Most likely, they are not interested in you. So, it is better to learn how to not talk too much. 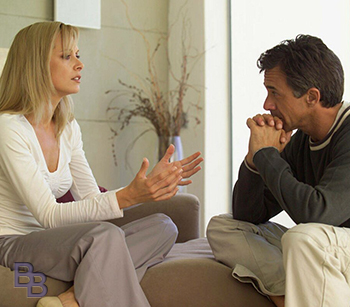 4. Food cools faster than you tell the story to the end

During a good conversation, time flies unnoticed – this is known to everyone who has at least once met the dawn because they felt so interesting with each other. If you can’t keep silent for a minute because you are discussing something important and interesting, it happens. But if your food cools faster than you finish telling a story, or you don’t even touch a cup of coffee in two hours of conversation, you may need to pause more often and let another person speak out.

How to Not Talk Too Much During a Date

Listening to a continuous flow of words is very tiring and quickly annoying. So, how to stop talking too much on time?

1. Learn to express your thought briefly

A more cultured person treats the word more carefully, he/she clearly defines the conventions and precariousness of generalizations and conclusions, as well as the inaccuracy and limitedness of the information received. That is why you have to think first and only then speak. You should learn to immediately formulate short, but comprehensive and informative phrases in your mind.

How to control talking too much? Learn to speak less not only in direct conversation with a person but also during telephone conversations. Set a hard limit for yourself that can’t be violated under any circumstances. In some cases, a message can be a good helper because you can always carefully think through each of your phrases and leave only the best of them when texting.

3. Be sure to think over your speech in advance

In those cases when you need to speak, be sure to think over the contents of your speech in advance. This doesn’t mean that you should memorize it, just remember its structure and what you need to say first. Having such theses, you can stay in line with the main topic.

4. You shouldn’t have own opinion on everything

To stop talking a lot, remember that you are not obliged to take part in every conversation that you hear, especially if these conversations have nothing to do with you. If you are talking with someone and suddenly notice that they have already stopped listening to you or are listening, but they are doing it only out of politeness, immediately stop talking.

Try to perform a simple exercise daily, the essence of which is to retell the passage from the book as concisely and informatively as possible. During the conversation on a date, try not to splash out the flow of speech. Try to relax and calm down. Of course, it is not so easy to immediately stop talking too much. But gradually, this problem will be solved if you try.

So, how to tell someone they talk too much? Well, it has long been known that if a person speaks too much, then he/she completely spends their energy and strength. Many psychologists also believe that it can happen because of talking too much disorder. It complicates a person’s life. It can happen that a man or woman is experiencing stress or depression. Or they have faced some unpleasant situations in life. Therefore, they want to share their thoughts with someone. But if this is repeated regularly, then the person simply doesn’t know how to communicate correctly, and it is better to avoid him or her.