While websites offering Russian girls for dating arrived quite long ago, they are unable to save western men from committing dating mistakes. Dating Russian women is something a lot of men from western countries dream about. But, because of the aura of stereotypes that haunts Russian ladies, rarely dating turns out to be fruitful.

As western men consider Russian women to be some kind of dream creatures that drastically differs from western women, they assume that those dream creatures will act according to their scenario. But, dating Russian girls requires certain knowledge abut their culture. Moreover, if you want to date a Russian woman you must learn to separate actual cultural facts from the western stereotypes.

First let's have a look at common online dating mistakes made by western men. 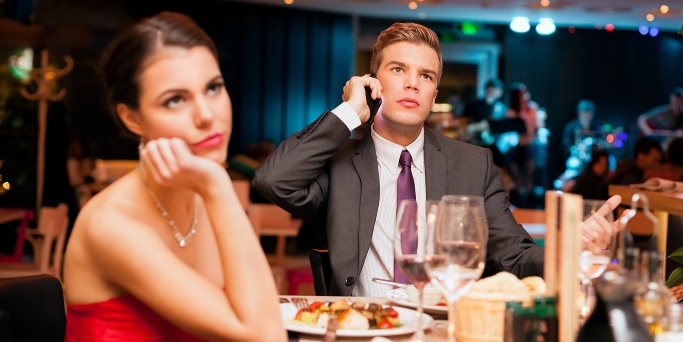 Of course you've heard them all before. Balalaikas, bears walking in the streets, and vodka instead of five o'clock tea. But, if you want to date a Russian girl, don't pour this knowledge on her while chatting. First of all, those are just stereotypes, which are a far cry from the reality. Secondly, offending her patriotic feeling is not the best way to start your relationships.

Mistake#2: She loves you because you're a western man

While dating sites are full of Russian brides, it doesn't mean that the first one that caught your eye will hop on the opportunity to date with you, only because you're western man. While, in general, Russian women are unsatisfied with Russian men, they are proud of being Russians. You should start treating her as lady already online, because otherwise you're online chatting will face no further development.

Now let's imagine that you've passed the chatting successfully and your online relationships are heading towards the transition into the physical world. Most likely it means that you'll travel to Russian to have a first date with your Russian beauty. So, let's have a look at dating mistakes men make on their first date with a Russian girl.

Mistake #1: Talking only about yourself

Of course on your first date your mate wants to get to know you better. You mustn't be too shy, as self-confidence in men is one of the highest values for Russian women. So, you can tell her something about yourself before she starts asking questions. But, you mustn't talk only about yourself the whole evening. Ask her questions and ask something about her. Because, you want to know her better too, don't you? Otherwise she would consider you to be egocentric. And it's far from making a good impression.

Mistake #2:Complaining about your exes

Well, the mysterious Russian soul is unlikely the reason why you went searching for the Russian bride. The real reason lies in your dissatisfaction with emancipated western women, that focus on their careers, rather than on domestic comfort and cooking. So, naturally you'd like to complain about your exes. Well, it might be not the best idea to begin with.

While Russian women are different, they are women. And, believe it or not, no woman wants to hear your complaints about other women.

You probably felt quite uncomfortable, when you've learned that one of your exes discussed how bad sex with you was with somebody. Well, women feel uncomfortable when hearing your complaints about your exes. It instantly forces them to identify with your exes, thus making them think, what are you going to say about them, when your love story will be over.

If can't stop complaining about your exes, there's one thing that can save you. Remember some moments with your exes that you cherish. But, it's also not a great idea, because your Russian girl with think, that she'll have to live in the shadow of your ex.

So, no matter how painful your experience with exes was, it is better to keep your mouth shut.

Mistake#3: Expression your sexual desires to her

This one of common dating mistakes that western men often make. Russian are open for dating, but it doesn't mean that they are open for the sex on the first date. Besides, wasn't you the one complaining about emancipated women that are picking guys in the bars? If you want sex on the first date, probably one of those emancipated women are just for you, and there's no need to cross thousand miles for a Russian bride.

While no girl will refuse to feel desired, the first date is probably not the best time and place to show her that you want her right now. Don't undress her with your eyes, unless she shows that she is interested in sex. If that doesn't happen, it is better to focus the conversation on cultural differences, her hobbies, and life.

If you start telling her how much you want her, she would think that you're interested in nothing more than a one night stand. Well, it's okay if you are, but even that will not happen if it contradicts her own desires.

If you came to Russia in search of your future wife, all you need on your first date is just a good conversation. And, in the end, a nice chat can often be sexier than all the vulgar things in your head, especially for the Russian girl.