Rules for a Platonic Relationship 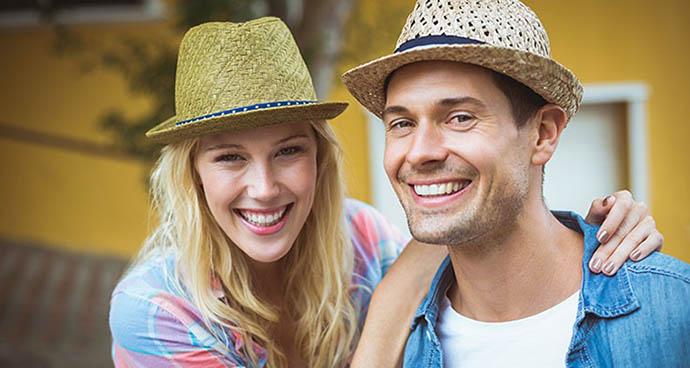 What is a platonic relationship?

Remember your elementary or secondary school. Did you have a crush on someone back then? And how did it feel like? Probably, you wanted to see that girl as often as possible, an accidental touch made you feel on cloud nine, you used to listen to music together, wander about the town together. You were friends, nothing more, because you were kids. But that relationship between you was actually a platonic love. Or another example: you had your favorite singer/writer/actor whom you adored and worshiped. Your feelings for that person were platonic too (most probably). Francesco Petrarch, an Italian poet of the 14th century, had platonic feelings for Laura, his muse. He never dared to approach her, she never knew about his tender feelings. All these instances are the examples of platonic love, the one that excludes sexual desire. Something that people call ‘pure love’. Guess, it’s time to define platonic relationship.

What’s a platonic relationship? This is a relationship between two people based on the affinity of souls, mutual interests, and spiritual connection. Sex is completely excluded from the equation. The word platonic here refers to the Greek philosopher Plato. He distinguished between two types of love: spiritual or lofty and corporal or physical. The feelings between a teacher and a disciple he considered to be an ideal example of a lofty love. In his opinion, Eros (sexual instincts) discredits the spiritual love and turns it into pure physiology.

You may wonder whether platonic male female relationships are even possible in a contemporary world. A romantic relationship is inconceivable without sex. We all know this when we grow up. Almost all romantic couples experience a platonic relationship at the beginning of their love story. Sometimes it can take one or both partners a while to come to realize that they are sexually interested in their girlfriend/boyfriend. This is when a relationship develops from a friendship. By the way, many young girls expect their relationships to emerge from a platonic love. 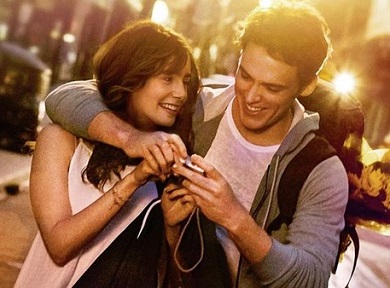 And when their dates insist on getting intimate too soon, they often get confused and frustrated. Usually, if two people are interested in a long-term relationship, they deliberately keep it platonic for some time although deep down they are attracted to each other sexually. It’s only a question of time when they decide to begin an intimate relationship.

Can a man and woman have a platonic relationship?

Yes, they can until they fall in love with each other. However, platonic relationships are possible not only as a lead-in to sexual relationships. There are couples where spouses are united only by a platonic love. No, these are not those mature couples over 70.

The thing is, not all people consider intimate relationships that imply sex something they can’t live without. There are some people that feel totally satisfied just being next to their partner. Such couples can be married or stay together for years, do everything together, go on vacations, visit friends, but never have sex with each other. Even people who know them well can’t believe that their relationship is purely platonic. That care, tenderness, and respect they show to each other in public make other people think they are a regular romantic couple. Of course, some platonic relationships go to the next, intimate, level, but a lot of heterosexual couples keep it platonic for good.

Asexual people want to have only platonic relationships. They don’t want to have sex at all and ever with anyone. The reasons for this can be different – from a psychological trauma to a strict upbringing. The result is the same – asexual men and women have zero sexual desire. Asexuality doesn’t depend on age, gender, or nationality. Although asexual people don’t want sex, they want other attributes of a romantic relationship – emotional intimacy, spiritual connection, being soul mates with their partners. There are specialized dating sites for asexual people seeking a platonic relationship. These people can date sexually active partners and even have sex for the sake of that partner or for conceiving a baby.

There are two polar views. Some think that the true love is that spiritual, or platonic, type of love. Some believe that love with sex can’t be full-fledged. Every person chooses for themselves. There should be harmony in their lives. And if for some, harmony is being in a platonic relationship, it’s their choice. Are platonic relationships possible in today’s world? Yes, and in several ways. First, as a stage of a relationship (initial or the one when partners become more like friends), second, as a platonic marriage relationship.

How to have a platonic relationship

Sometimes, you have a romantic and sexual partner, but you also have a friend of the opposite sex with whom you like to spend time, share your thoughts, and have fun. You know that is your friend, but you are afraid that one day the adage that there is no friendship between a man and a woman may come true for you. As long as you can suppress the urge to get horizontal with your friend, you and your regular partner can be calm. 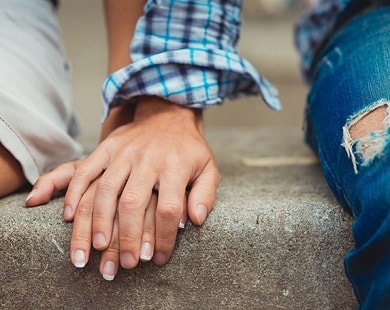 Some people want to find a platonic relationship because they think it’s a good foundation for a serious loving relationship. Indeed, when you prioritize the affinity of souls rather than bodies, you’re able to build a solid relationship based on compatibility and rapport.

Rules for a platonic relationship

If you have a heterosexual friend and want to keep your relationship purely platonic, you should observe certain rules. Otherwise, it’s easy to fall for your friend or start showing the signs of sexual interest.

Set the boundaries. No matter how clear it is for you that your relationship with a person of the opposite gender is purely platonic, popular belief that romantic relationships develop from friendship might periodically race through your conscience. You should agree that the intimate relations between you are impossible because you value your friendship and that level of emotional and intellectual connection most of all.

Be loyal to your decision. Disregard all potential perspectives, public opinion, natural laws. Those have nothing to do with your mutual decision. If you call your relationship platonic, be responsible for your words and believe this is so.

Remember about the benefits of platonic relations. If a man and a woman decide to be friends, their relationship is supposed to be long-lasting. Being friends means being connected on a deep level, emotionally and spiritually. This creates a strong bond that the time and different life circumstances can’t break. Also, your relationship is free from such things as jealousy, lack of trust, doubts. You always can get an expert advice from a representative of the opposite sex.

Don’t reveal your romantic interest. If you suddenly realize that you’re falling in love with your friend, don’t rush to profess your love. It can be a temporary illusion caused by some stereotypes in your head. Think what is more valuable to you – your current friendship or a hypothetical intimate relationship. Remember one thing: restoring your friendship after you come out with your confession is almost impossible. So, resist your instant temptations.