Everything You Need to Know About Beta Male Personality

A long time ago, the zoologist David L. Mech invented his theory about the human domination hierarchy but then declared it invalid. Nonetheless, homo sapiens still like to divide men into alpha, beta and omega males (there are some other types like sigma and delta that aren’t always included in such lists). Women seek alpha males with their courage and strength, and men strive to be alpha in all aspects of the word, fearing to be called “beta.”

The theory of David L. Mech was based on a hierarchy of males in a wolf pack. At the head of the pack is always the leader - the most powerful, agile and enduring male. He is called the alpha male. Further, below in the hierarchy, there are beta males. Omega males are the weakest and most unviable males that are more often outcasts. In the human world, it is much more complicated, and these roles can be vague. 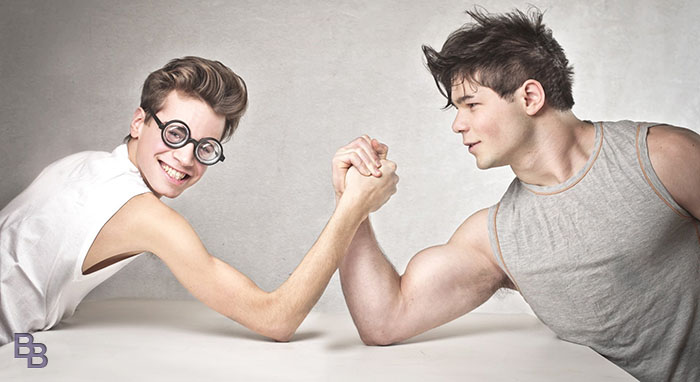 Today we will discuss, “What is a beta male?” We will describe the difference between alpha and beta males, and we will try to answer the question of “How to stop being a beta male?”

What Is a Beta Male?

When it comes to the human perception of the male personalities and “pack hierarchy,” beta males are supposed to have the below-mentioned traits.

What's a beta male? The beta man is discreet, responsible and cautious. This is a good guy, not very eye-catching, but rather comfortable to the eye. Most modern men belong to the type of beta. They are more sensitive, less aggressive and their empathy is better than alpha’s.

They easily get nervous or embarrassed and play the role of a second violin next to their alpha friends. If you see a quiet guy who sometimes smiles while others tell stories and jokes, then the beta man is in front of you. Beta become good friends, they are attentive to others and a bit idealistic.

They are often afraid to say something wrong in the presence of women, so as not to be embarrassed. With men, they also do not disclose their feelings, as others can use their words against them. Beta men are less afraid of stronger and smarter women than they are.

The beta is reliable, even when the spotlight is not focused on them. A boss may overlook their potential, and therefore they often don't get the promotion and salary they deserve. In a romantic relationship, they are faithful, and women deliberately choose beta men because they become better husbands than alpha men.

They are more mundane than an alpha male, and it’s much easier to build a stable relationship with them.

The difference will be quite obvious once we will get to know who the alpha is. Alpha man is considered to be the most desirable man. This is a leader, a bad guy, a macho, a confident, aggressive, demanding man, with whom it can be difficult to work, despite the fact that he uses charisma both in his personal life and in his professional career.

When such a man speaks, the others are silent, and he is always in the center of attention. He loves parties, meeting friends and always wants to be the star of the company, the center of the attention. Alpha does not like loneliness and often feels a drop-in energy when stays alone. He appreciates his freedom and is not ready to exchange it for anything. 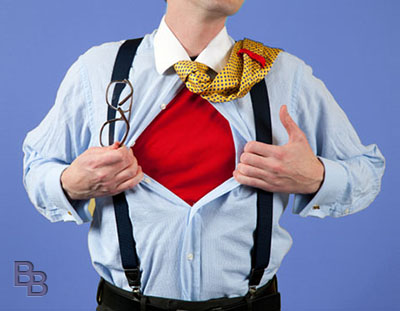 As a rule, he is attractive but not necessarily handsome, and he has his own preferences regarding women. Although he likes being seduced, he prefers to pursue a woman himself. He does not hesitate but immediately approaches the woman he likes, not giving her time to refuse.

Women immediately fall in love with guys like that, they find it easy to forgive all of their mistakes and shortcomings just because of “how much of a man” they are. His attitude towards marriage and relationships are, as a rule, short-term, and a woman should not expect comfort and support from the typical alpha male. Women who live with other types of men may cheat on their husbands and when they do, they usually seek to do it with alpha males, the opposites to their boring husbands.

Now that we are done with “alpha male vs beta male,” let’s discuss beta male characteristics. We will talk about general beta male personality and signs of a beta male.

Am I a beta male? Some men may ask themselves this question, in order to answer it, let’s look into some traits to define beta male in oneself.

This might be the worst character trait that a beta male may find in himself, which will affect all of his future, including school, university and most importantly, work and career in general. This is what a lot of work of the great man by the name of Jordan Peterson is focused on, he says that this trait (that being assertiveness) is the key to success of both men and women. The ability to negotiate with people and make friends with them is great, but it also comes at a cost. You are less likely to follow your personal goals, you push your personal ideas and values onto other people, thus, missing out on lots of possibilities and opportunities in life.

This level of assertiveness is higher in men across the board, and Jordan considers it to be the main reason why so many leading positions of executives, directors and etc. are held by men.

It’s hard for them to be leaders

This trait is in lots of ways connected to the first one. While there are lots of people who might think that our society is identical to the wolf packs and every man should strive to be alpha, they are wrong. It is certain that alpha males are more likely to be successful, they are leaders, they are charismatic, and it is easy for them to lead people forward under the banner of a certain idea, ideology, religion. Yet they are nothing without people with different skills, who are better at negotiation, who are more rational and, in many ways, smarter. Sure, there have been lots of people throughout the history who combined the leader traits of alpha men and pragmatic traits of beta men, but these cases are rare.

What we are trying to say is that the alpha males are a lot better in being the leaders, but being the leader doesn’t mean to be the brain of the operation, it doesn’t mean to be the mind behind everything, it takes charisma and leadership to lead people, yet an alpha male may completely lack all of the other traits that are associated with success, like being pragmatic, open to new ideas, being able to negotiate with other people and prevent conflicts, and this is where beta males excel alphas.

Now, the character of Mr. Nice Guy is not new, yet one can perceive this character from lots of different perspectives. Sure, beta males aren’t as feisty, they are not as competitive in any competition that they enter, yet it is very easy to see the reason and be empathetic with these guys. They avoid hurting other people and prevent themselves from interfering with the success of other people. They have a strong sense of empathy and it is both their curse and a blessing. The inability to ask for a raise or a promotion is inherently connected to it, it’ all about the world view of a person and their values.

This is the most common of traits associated with beta males, as most of them find it hard to approach a woman, to display their confidence and masculinity. There is just something inherent and primal in the male-female relationship, a guy may act rude, he may be obnoxious and so on, but all of these traits are manifestations of his character, he needs to act, he needs to attract attention and whether he does it well or not, he strives for his goals, which in this case is getting a girl he wants. A beta male will find that guy obnoxious, he will act gallantly, be polite and avoid all sorts of awkward and inappropriate questions. However, he will still be sidelined, he doesn’t ooze charisma or have a strong character, he is just a deplorable polite guy.

Some beta men try to compensate for their lack of masculine ways of seduction with all sorts of expensive gifts, he will do his best to display his love, paying for a girl’s rent, giving the money that she needs, but it is quite rare that a woman is going to appreciate this as anything more than a friendly gesture, which is why they are often associated with the friend zone.

The importance of testosterone has been known to the scientists for a long time, it affects all the aspects of a man’s life, starting with the above-mentioned dating, sex, work, to the most basic of things, it is the “male juice of champions.”

We are sorry for this awful phrasing, but it’s exactly what it is, the lower the testosterone level a man has – the likelier they are to be considered as beta males. There are more feminine characteristics in beta men, they feel weak and insecure. As you probably know, women love the sense of protection, they want to feel secure near their men, which is the exact thing that beta men lack, the ability to make their women feel comfortable and secure. On the contrary, they ooze this need for being protected, they feel the need to express their weaknesses and insecurities to their friends, and even worse so, to women. Thus, when dating a beta male, ladies feel a sense of fear from these men, they see that men are insecure and afraid of responsibility, that’s why they will treat them just as friends, as polite and a good people.

How to not be a beta male? In order to do it, one has to learn from his mistakes, define the traits that hold him back and fight against their manifestations.

Well, there, of course, can be a very strong case for a generalization that all women want to be with alpha males. This is not true, and if you think that it is the case – you are wrong. There are certain factors that have to be considered in this to give a definitive answer to this question.

First of all, age matters. As a rule, the older the men are, the more comfortable they are in their own bodies. What I mean by that is this, a man gets wiser, a man knows himself, his weaknesses and strengths. The same goes for women, during teenage years girls feel a strong sense of attachment to alpha men, they avoid nerds and choose the strongest and the most dominant men in class as their boyfriends. Such relationships don’t last for a long time, as it is easier for an alpha male to cheat on his girlfriend, and the older women become – the less there is a need in these testosterone freaks, they want attention and care.

Beta men are (as a rule) better husbands to their wives, they have compassion and empathy, they may be not the most successful of men, but still, they will always be around.

Of course, it also largely depends on a woman we are talking about, some of them are sick of the masculinity and obnoxiousness, and they may prefer beta males. But as for now, the general rule is true, alpha males are more successful in dating and short-term relationships.