7 Steps to Move On after Divorce

A breakup of two people who were in love (or at least, had romantic feelings, passion, and, as a rule, common children, property, some business, etc.) can become a tragedy or a liberation for one of them. In such situations, an initiator is always the one who leaves. Of course, there are cases when people break up by mutual consent and, as they say, do it in a civilized mannner – without mutual threats and reproaches, manipulations by children, and removal of property.

Divorce is a serious psychological trauma for both sides and it is almost impossible to overcome it painlessly. And although modern society gives more support to women in this case, men need it no less and perhaps even more. This is because women usually don’t go to extremes after divorce and don’t seek comfort in ambiguous occupations.

So, how to move on after divorce? This issue worries many men. According to statistics, 70% of divorces are wanted by women. Let’s look at divorce from the male side.

Divorce in the 21st century: why and how people cope with it

Many believe that to get through divorce with a loved one is easier for a man than for a woman. But actually, it is not. Simply, men keep feelings inside and don’t show them as women do. And male pride doesn’t allow them to show what they really feel. If a divorce occurs on the initiative of a woman, then a man feels extremely hurt and experiences serious stress. Men from childhood are taught not to show their feelings and solve problems independently because of what many members of the stronger sex seem “thick-skinned”. They can’t say what they experience and that they are saddened by divorce. But despite this, it is not easier for them to go through the family breakdown than for women. As the result, the price of such reticence is alcoholism, suicides, heart attacks, and so on.

How men go through divorce

Life of the spouses changes radically after divorce. Everyone tries to go through a divorce in their own way. A man begins to live alone, his life priorities change, and there is a lot of free time. How to cope with divorce as a man? How do men experience a divorce? The main behavioral reactions:

Mistakes of men in divorce

There is a certain set of male-typical mistakes made after divorce:

Isolation. A man deliberately ceases to go out into society and lead an active lifestyle. He closes in himself, constantly analyzes the current situation, and rejects the assistance offered by close people.

Inactivity. A man ceases to engage in his favorite hobbies, concentrates less on work and tries to break all existing social ties to the maximum. 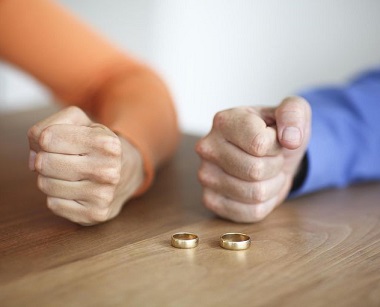 Conflict. An offended man begins an open conflict with a woman. This leads to joint insults, humiliations, and aggravating the stress experienced by both sides. In the presence of children, this situation necessarily grows into disputes about the distribution of parental responsibilities, payment of alimony, etc.

Hasty entry into a new relationship. Often a man makes a decision to enter into a new serious relationship immediately after a divorce or marry again officially. Such haste is explained by the desire to drown out a sense of longing, a desire for new positive feelings and a subconscious desire to prove his superiority to his wife. In fact, entering into a new relationship with a load of fresh psychological trauma always ends negatively.

How to cope with divorce? In order to do everything right and overcome the stressful situation after a divorce, a man shouldn’t become isolated. He has to find new hobbies and activities, enjoy life and think positively. Helping children cope with divorce, men have to maintain friendly relations with ex-wives consciously avoiding conflicts.

Moving on after divorce: 7-step guide

For men, life after divorce is primarily a collapse of plans and a tragedy. Of course, it is quite difficult to go through a divorce and not to rush to extremes. There is a flurry of emotions, unpleasant discoveries, sometimes even inadequate actions and collapses in the life of men after divorce. This moment is experienced by all men after the breakdown of families. The main thing is not to go to extremes and keep one’s health. No matter how funny it may seem, in fact, strong feelings and emotions can cause a number of diseases. As you know, all the diseases arise because of nerves. In addition, an attentive attitude towards oneself will allow a man to escape from the situation and switch; to give an opportunity to control one’s own state, oneself and one’s new life as a whole.

How to move on after divorce

1. Rid your life of memories

Accepting divorce and moving on, take a sober look at the situation. At this stage, a beloved woman can’t be returned. So, you will have to live through this situation and accept the real state of things. Don’t continue to live with illusions. Direct all your energy to make divorce as painless as possible and start a new life. If you still live in an apartment where you lived with your wife, then you have to, at least, move furniture (if there is no possibility to do repairs). Get rid of all her belongings, take away the joint photos and, in general, get rid of everything that reminds you of the loved one and brings inappropriate memories at the moment. It is very difficult to overcome divorce in an apartment where everything reminds of a life together.

2. Define goals and plans for the future

Many men are worried how to move on after divorce and infidelity. But, this is a matter of time. And if you follow these recommendations, you will do this as painlessly and quickly as possible. The next step is to determine the purpose and plans for the future. For example, you can set a goal: to achieve a promotion at work or to engage in some kind of hobby and achieve certain results. Don’t simplify your task. The goal should be tempting and attractive, it should be a kind of reward so that motivation doesn’t allow you to break down and do irrational things. Always remember about one thing – life goes on and there’s no point in spending it on useless experiences.

Write down all the benefits that this divorce has given you. Is it difficult? Don’t you see any advantages? Don’t rush! Put a sheet and a pen where you can see them and write everything that you think immediately it comes to your head. Believe me, there will not remain free space on a sheet soon. In fact, it is not so difficult to cope with divorce. The main thing is to occupy oneself with something useful and find a new meaning of life. 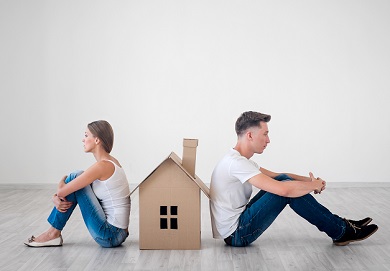 Don’t remain isolated. Getting over divorce and moving on, try to find a person with whom you can calmly discuss what is happening, analyze the situation and draw conclusions for yourself. Tell him or her about what you feel and don’t be afraid to show emotions. This will save a lot of nerves, health, simplify everyday life, and help you cope with divorce easier.

5. Keep friendly relations with your wife

After a divorce, you should try to keep more or less friendly relations with your wife, especially if you have common children. Of course, this is not easy to do, but in the future, friendly relations with a wife will save you from a lot of problems and make your life calmer. It will be easier for you to solve issues related to children. Agree that it is much more difficult to cope with divorce if a spouse forbids seeing a child.

It is necessary to live further, but it is better not to start a serious relationship immediately after divorce. Of course, moving on after divorce, you really want to relax and calm down, but as practice shows, such relationships end very quickly and traumatically for a partner. This causes an additional sense of guilt. So, it is better to take some pause after divorce to get rid of the memories of a past life. And you can start a new relationship only after that.

7. Accept the support of loved ones

Don’t hesitate to accept the support of loved ones and friends. This is very important. Support can be different: from a heart-to-heart talk to ordinary help with something. It is much easier to overcome a breakdown of a family in the company of friends and relatives. Maybe there are some men who are moving on after divorce in your circle of friends. So, you can discuss it together.

Remember that the main thing after divorce is that life not only continues but also begins anew. And very often, divorce for a man is a kind of start for another life (no less full and interesting)! Change something in your daily life and divorce will be easier to endure. If you are the initiator of divorce, make sure that you really want this so as not to regret later. If a wife leaves you and you continue to love her, try to bring her back. The most reasonable thing is to find out the reason for her decision and draw the appropriate conclusions. If you couldn’t do anything to save a relationship and divorce has already taken place, take it as a fact. Don’t deny what happened. Believe me, life doesn’t end after this. Many men, who are moving on after divorce, can confirm the truth of this statement.